A downloadable game for Windows

These are turbulent times. In Lionhill, old King Gerald lies on his deathbed. While his older son, prince Roderik, prepares his regency, Kings Geralds bastard son plots to become king with the support of dukes.

Meanwhile the church is divided in hatred and controversy. The Council of Everrun ends in bloodshed, as the Violet Circle tried to overthrow Archbishop Reginald.

Meanwhile, deep in the mines under the Shimmering Highlands, the dwarves fight a hopeless battle against the hordes of Goblins. Ordun Silverbeard, King on the Golden Throne, rushes to the bridge of Dain, to stop the goblin assault.

Far down south, within the woods of Eilbalar the old trees whisper of the return of the elves.

In the north, the folks flee in terror, because the frost orcs raiders have even reached the outskirts of Cainhorn forest. With their brutality and hunger unmatched, the ordinary people can only flee.

Far away from all this, I was raised in a small village in the northern realm. I had a precious and wonderful childhood. I remember how I catched my first fish. How I kissed my first girl. How I forged my first sword. Soon the time, at the end of my childhood, that I left my small village to travel to the big city of Lionhill.

Only hard labour and cunning bargain will bring my dynasty to the top. But I have be careful. Intrigues and schemes rule in this town. Do I have the edge to outwit them all?

The player has to manage a workshop. Assigning workers, buy ressources and sell products at the market. He can upgrade his workshop for increase productivity or even build a bigger workshop to produce more refined products.

The player can also take part on the political stage. Six stages of political levels are there to be climbed. Each offering a bigger reward and more power for the player to climb even higher.

is this game still being developed? is there a blog with progress updates?

first of all, thank you for showing interest in my work.  Sadly, I stopped working on Kings of Lionhill and currently have no plans to pick it up again.

My main question What will main dynasty career pathsI will tell if sound to far fetch.

2) When i went back inside the house i appeard on the grey area and was impossible to leave and had to quit the game.

thanks for the feedback. The first bug is going to be fixed next patch.
What ingame time was it when the 2nd bug happend?

I been reading Hands of Honor, Artisans in Europe 1300-1914, grow up in medieval London, and The Merchant of Medieval London how much of real life influences will taken because irony about guild games they simulate the Guild life or system. Does this game does better job of that? CK2 is pretty good at simulated feudal France and that about it.

Kings of Lionhill is inspired by other guild games and I aim to provide an engaging and fun experience. I am happy to take as many inspirations from reallife as possible, especially historycal ones, but I will always go for good gameplay rather than cramp in realism. I'm gonna check out this book tho. Sounds awesome for inspriration.

I my thoughts what drive me nut about guilds series it very superficial.  You take real world  data social history etc and just make it game mechanic. For example unless your where master son it very in the craft  guild special the more prestigious like goldsmith for example to rise above journeyman. You could make entire game about struggle of just rising through the guild ranks. Depend on the time period and regions the Journeyman would look for master daughter and get into their inner circle masterpiece will approve and half enough capital to pay the fees and to open their own shop. That where the wondering years come in they gain reputation before they settle down work their masterpiece. Some more brave one will join a famous merc outfits to gain war booty to help then reach the right amount of cash but that his huge gamble with your life. The more successful they slowly in generation or so transition into become Merchant will making harder for foreigner to become masters. Because master was huge right passage mean you where social view as full man are made citizen/freemen of city which mean you pay taxes and vote and run for public office depend the city charter. If you family keep rising in the Old Holy Roman Empire they Become a Patrician or Great Burgher thing of it as Urban Nobility. Where in England they start to become a Gentlmen gain the right local office getting their son university education buying land building estate to become landed gentry. France something is similar but they would buy venal office if not for themselves their sons who have right education for it.

This not even going into the different system of patronage on all levels.

Hey! I'm really interested in your game, and look forward to playing it. However I've never seem this file type before and I'm having some trouble downloading it. Maybe I'm just stupid but do you think you could guide me on how to download it. Thanks!

Not the creator but it's a type of zip file! You will need a program like 7zip, winzip, etc to unpack it. I think there's more info on those program's websites about how to do that...

This game looks really good! Have you created the artwork by yourself? I love the pixelart!

Thanks for the feedback. The pixelart is done by finalbossblues. You can find his works here: http://timefantasy.net/. I've only created a few additions and edits. 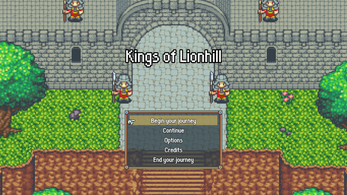 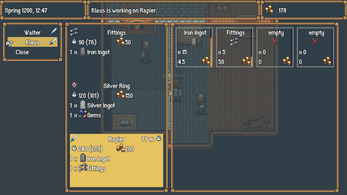 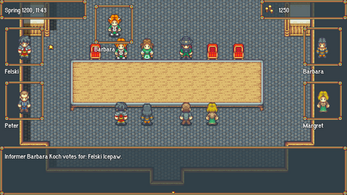 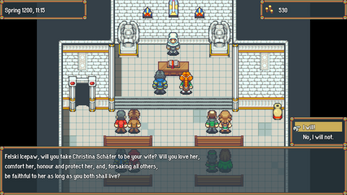